Several months ago I did a factory restore on my wife’s iPhone because she was experiencing poor battery life after updating to iOS 7. Before restoring the phone, I did an encrypted iTunes backup1. The main reason I chose to encrypt the backup, besides the desire for increased security, is that encrypted backups keep all your passwords.

After restoring the phone to the factory default state, I attempted to restore from the encrypted backup I had created a few minutes earlier. It failed with the infinitely helpful message “Unable to restore from this backup”. I did some digging in Console and found messages indicating it could not find the encryption key (I’ve long since lost the log files at this point). I don’t know much about the encryption implementation of iTunes backups, but I was sure I knew the key I used to encrypt the backup and that if my key was merely a key encryption key used to encrypt the real encryption key and it had been lost, I was in deep trouble.

Our then eighteen-month-old daughter had started ISR a few weeks earlier and had filmed quite a few lessons. Our house recently melted2 along with our iMac and its way too many external hard drives3. We have a MacBook Air, which is what I was using for the backup and restore, but our main media repository was out of commission. I can’t think of a good reason why I didn’t copy these precious memories to the MacBook Air before wiping the phone. My life was a bit chaotic at the time so I’ll just chalk it up to poor judgment due to stress.

Eventually I gave up on trying to restore from the iTunes backup and used the most recent iCloud backup. The last iCloud backup was a few weeks old due to the fact that I didn’t have a place to unload the camera roll full of all those precious videos. We were staying with my wife’s parents while our house got restored, so I used what little free space they had on their aging PC to make a second copy of the encrypted iTunes backup that I could not restore (yes, I should have emptied the camera roll there first. I planned to one day find a way to crack that thing open and get our memories back. Well today is that day.

There are lots of iPhone backup browsing applications but a very small number of them can do anything with encrypted backups. I found two: iPhone Backup Extractor which is Windows only, and Total Saver Pro. They both appear to be Java applications so they are a bit unpolished and quirky but they get the job done. I opted to go with Total Saver Pro because it is Mac native and costs $50 $30, much less than iPhone Backup Extractor.

One caveat with Total Saver Pro is that you can only register the software on one machine and this license is non-transferrable. I wrote the developers to verify this just to make sure and here was their response:

Total Saver Pro isn’t glamorous but it absolutely will extract data from an encrypted iTunes backup as long as you know the key. It’s priced very aggressively compared to similar products and the developers keep it up to date. I highly recommend this app if you find yourself in a situation where iTunes is unable to read your encrypted backup.

OS X has lots very rich and well designed icons that show up during regular use. I often find myself wanting to use those images when drawing diagrams. Rather than scour the Internet, you can use the beautiful 1024 x 1024 pixel images already on your Mac. They are located in:

Another handy place to look for icons of Apple network gear is inside AirPort Utility:

Annoyingly bright lights on modern gadgets have always been a pet peeve of mine. I especially hate the abundance of blinding blue LEDs that have been popular in everything from hard drive enclosures to paper shredders in recent years. Nowhere are extraneous lights more annoying than the equipment rack below my TV.

Originally, I planned to solve this problem with black electrical tape or gaffer’s tape. I wasn’t really happy with either of those solutions since an ugly piece of tape on my nice equipment is like putting an eye patch on a BMW. Luckily, the Internet is awesome.

With a little bit of searching, I came across LightDims, the perfect solution to my problem. They offer three flavors for about $6 with pre-cut shapes1: one that blocks 50-80% of light, one that blocks 100%, and a silver edition. I opted for the total blackout variety (with less packing because I love the environment and hate excess packaging). The results were fantastic. 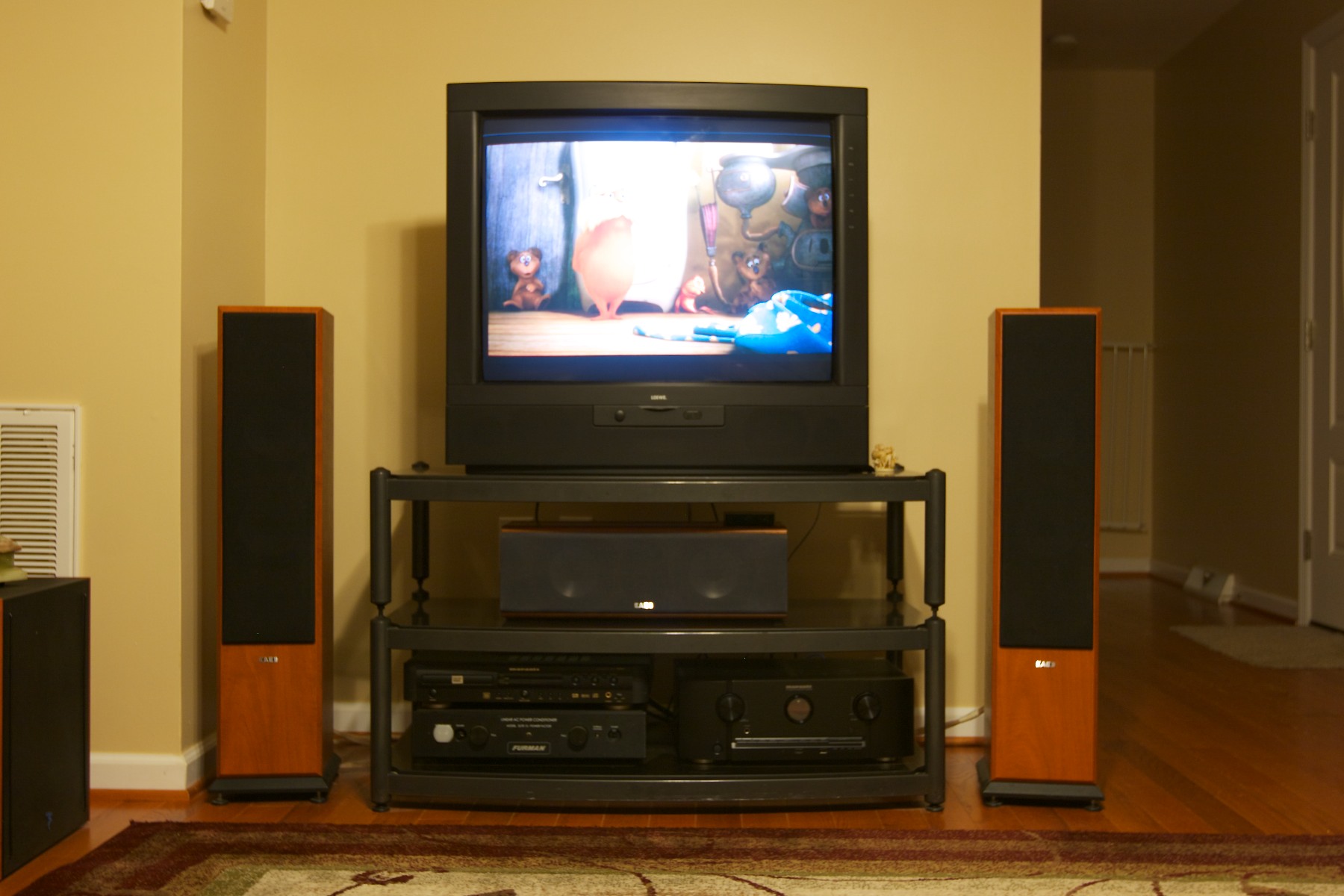 A view of my equipment rack with the lights and equipment on. 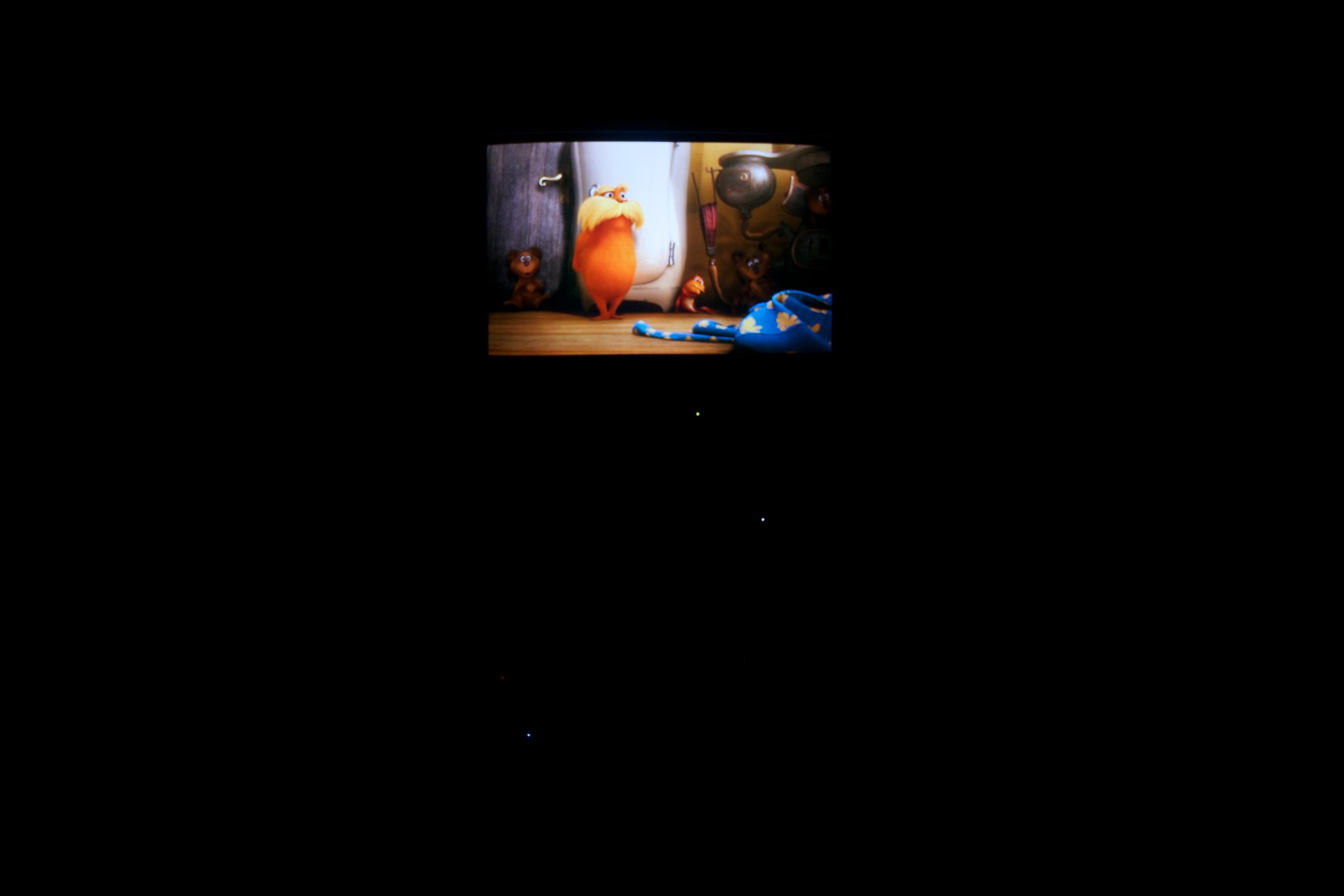 Before applying LightDims with the lights out. 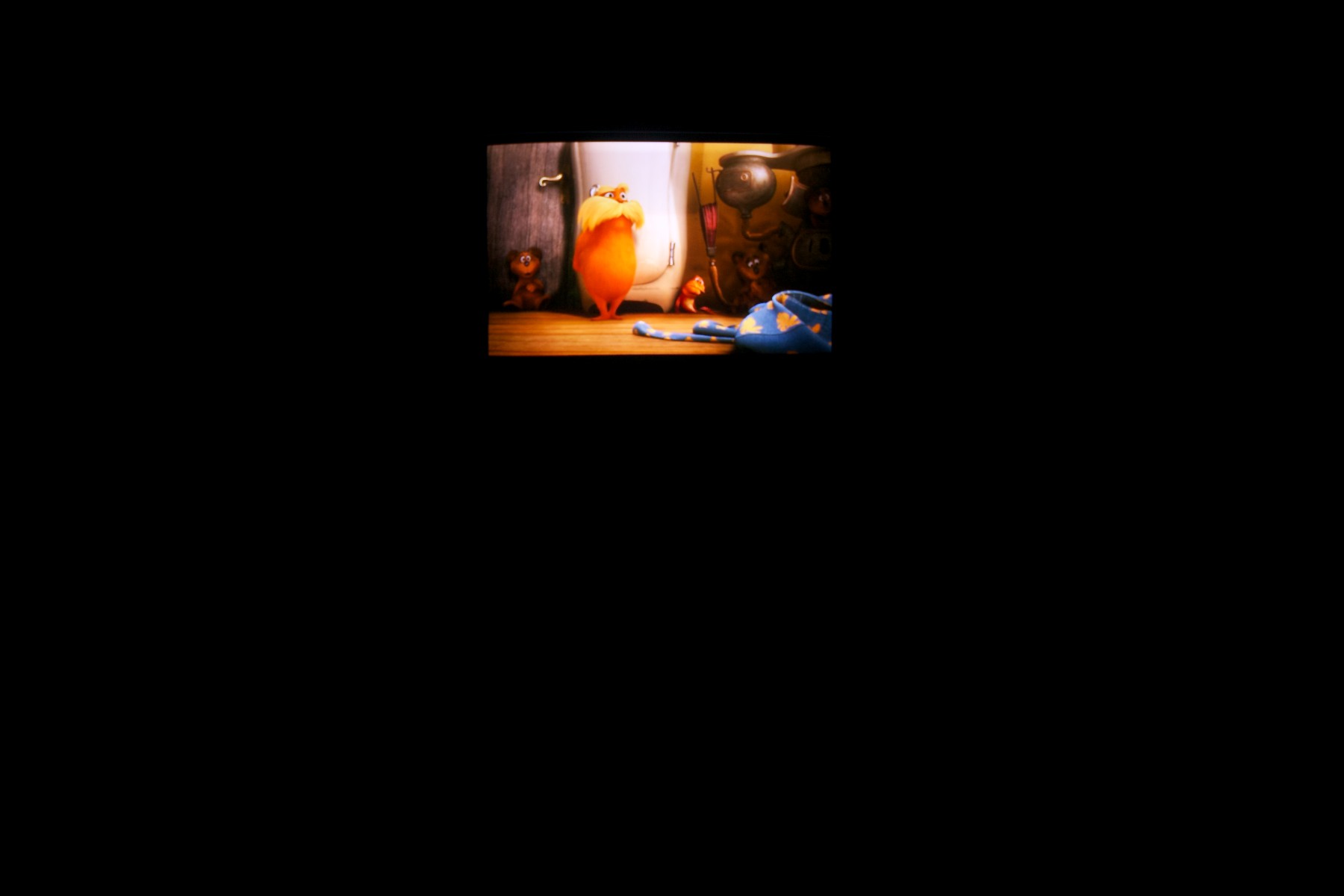 With LightDims applied, all those annoying LEDs have vanished.

This may seem like a lot of effort to solve a really minor problem, but to me it was very much worth it. The lights are much brighter in real life than they show in the photos. Now I can enjoy great films without being stabbed in the eye by little pin pricks of light.

I had a conversation on Twitter this morning with Bradley Chambers about streaming music on iOS. It brought to light what a confusing mess it is and how there is quite a bit of room for improvement. I thought I had a firm grasp on how streaming, iCloud, and iTunes Match all worked — I was quite wrong.

Matt Gemmell: > Is it reasonable to want the state to stay out of your life, assuming you’re not breaking the law? Yes, of course – that’s a normal desire. Is it reasonable to expect to have the internet, and for the state not to perform online surveillance on a massive scale? No. That’s an unrealistic expectation.

I have been trying very hard to process not just the deluge of docementation released by the scoundrel1 Edwoard Snowden but the implications on broader society. I’m glad I’m not the only one wrestling with our current state of affairs.

The conflict arises from the desire to be protected by our government and also protected from our government. Striking this balance, particularly in the Internet2 age, is not easy. I fall down on the side of tolerating more goverment surveilance if it can prevent people from crashing planes into buildings. I understand the slippery slope this can create, but today I believe it to be worth the risk.

If we one day find ourselves in a world where women or men in black suits and dark sunglasses come visit our home after searching for “pressure cooker bombs”, then we should break out the pitchforks and torches to keep our goverment in check. Until then, I’m ok with the NSA reading my email.

It looks to be very well made. Jeff partnered with WASD Keyboards, whose reputation for fine keyboards precedes them, to make CODE Keyboard a reality.

I have been a very happy user of the Das Keyboard Model S Mac for the better part of a year. It features the Cherry MX Blue key switches which are fantastic.1

More than anything, I am just thrilled that I live in a world where it’s so very easy for people to make their visions become a reality. The Internet fosters collaboration and productivity like no other technology before it. As a result, one man’s dream came true.

The Bluebox Security research team – Bluebox Labs – recently discovered a vulnerability in Android’s security model that allows a hacker to modify APK code without breaking an application’s cryptographic signature, to turn any legitimate application into a malicious Trojan, completely unnoticed by the app store, the phone, or the end user. The implications are huge!

Android feels like Windows from the late ’90s and early 2000s all over again. What a mess.

I had the pleasure of hearing Adam Ely speak at RVAsec a few weeks ago. He’s a really bright guy and obviously his company, Bluebox, is doing some very important work.